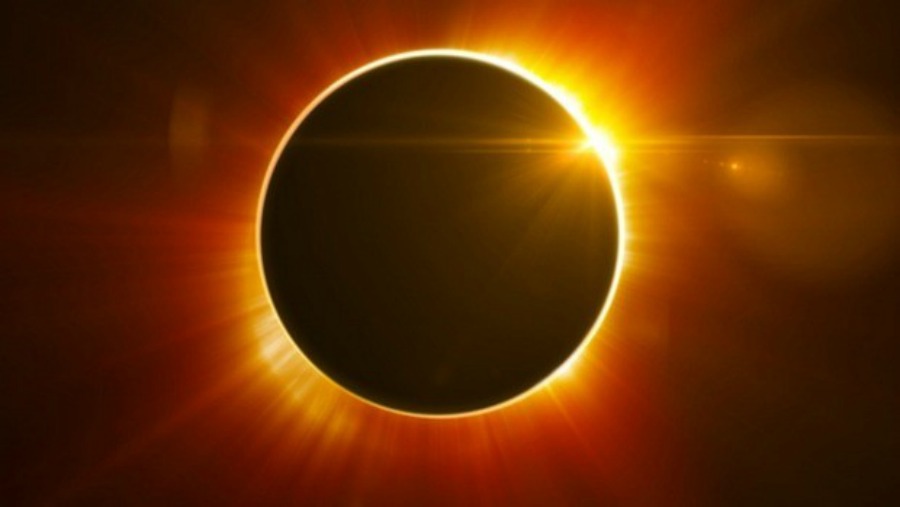 A total solar eclipse will occur on August 21, 2017, and cross the United States from coast to coast. Many are interested in the physical and psychological effects of this celestial event. All planetary and related astronomical cycles affect us physically and therefore psychologically. The most common effects are so routine that we take them for granted, such as the daily rotation of the earth affecting our sleep-wake cycles; the orbit of the earth around the sun giving us seasons and affecting our metabolism and moods; and of course the hormonal shifts related to the 28-day orbit of the moon around the earth. These celestial cycles affect not only humans, but also all of the other living things in our environment. We see evidence of this from the cycle of animals shedding, and hibernating or migrating for the winter, and trees dropping their leaves in the Fall.

Less frequent or intermittent celestial cycles such as solar eclipses can also affect us in unique and subtle ways. We know of at least three ways in which a solar eclipse alters our physical environment, and thus may influence us physically. The most obvious physical phenomenon is the darkening that occurs as the moon passes between the sun and the earth, blocking the sunlight that touches the earth. The presence of light has a powerful influence on animal behavior and hormones. Anyone who breeds horses knows that the estrous cycle of a horse can be regulated by simply artificially adjusting the lights.

Studies of wild animals show that they are significantly affected by the appearance of darkness during a total eclipse.¹ Bird calls by doves, starlings and many other birds cease during the dark phase of the eclipse, and resume in full cacophony as if dawn during the return of daylight following the eclipse. Birds such as egrets and herons have been seen flying to roost at the totality, and making a U-turn back to the water to feed as the light returned minutes later. Frogs, which normally sing only at night, begin to croak during the totality, and then become quiet again when the light returns.

In humans, studies have shown that prolactin levels are elevated immediately subsequent to a solar eclipse. Prolactin is a hormone that regulates metabolism, the immune system, and development of the pancreas. Elevated prolactin levels following an eclipse mirror the rise in prolactin that typically peaks during REM sleep, and with the dawning light.

The third change in physical force that occurs on the earth during a solar eclipse is a shift in the electromagnetic field in the earth’s ionosphere. This electromagnetic field exists because of an electrical tension between the negative charge of the earth’s surface and the positive electrical charge of the earth’s surrounding atmosphere. The global electromagnetic resonance is typically measured at 7.83 Hz, ranging from roughly 3-60 Hz, and is referred to as the Schumann resonance after Winfried Schumann who discovered it. Previous experiments show that during an eclipse, there is an increase in the electrical tension in our atmosphere. The shadow of the eclipse can cause changes to the ionosphere significant enough to affect radio wave propagation, and possibly human physiology as well.

The human nervous system also functions by a system of polarization and depolarization of electrical charges within the neurons, which cause neurons to fire and transmit information such as sensations, thoughts and feelings. Much like the surface of the earth, neurons are negatively charged within the cell, with a positive charge that exists in the surrounding area outside of the cell. Furthermore, the electromagnetic field of the brain (and the heart) functions in a similar range as that of the earth’s ionosphere, at approximately 0.5-100 Hz.

Although I could find no research on the effects of a solar eclipse on the electroencephalography (EEG) of the brain, considerable data does show that fluctuations in the electromagnetic field in the ionosphere, such as those expected during a solar eclipse, precipitate significant bioelectric changes in both the brain and heart. Specifically, alterations in the Schumann resonance cause alterations in EEG patterns of human brain waves and electrocardiography (EKG) patterns of the heart. Calcium ion uptake is altered affecting both the brain and heart. Hormone levels of melatonin and growth hormones are also affected. Other effects associated with changes in solar geomagnetic activity include increased blood pressure, reproductive, immune system, cardiac and neurological effects, effects on mental health, as well as countless other stress-related conditions.² Similar types of physical and psychological effects could possibly be expected to occur during the solar eclipse.

Long-term effects of a solar eclipse are less straightforward to predict. It is clear from studying the cyclic nature of celestial phenomenon that significant events can be pivotal moments in the beginning of a new cycle. The solstices are an example of a transition from one cycle to another, as the seasons shift, and the daylight hours shift from lengthening to shortening or visa versa, and a cascade of hormonal and other physical and psychological shifts begin to unfold. Again, we are so familiar with the physical and psychological changes that occur during these shifts in the cycle, that we come to take them for granted. They are, none-the-less, caused by a pivotal moment in the cycle of celestial events. More research on the physical and psychological effects at the pivotal event of a solar eclipse is necessary to reveal if this will be the beginning of a new cycle (see Saros Series 145³) or “season” affecting humankind.

We cannot avoid the unfolding of the orbital nature of the universe. The one thing that is certain is change itself. Whether it is daily, lunar or seasonal changes, or the more rare eclipses that occur with the alignment of the sun, the moon and the earth, the key to moving smoothly through these cyclic transitions is mindfulness. Mindfulness allows us to stay in the flow during times of change. Mindfulness is a character that develops from mind-body practices, like strength develops from exercise.

Mind-body practices such as meditation are a practice of conscious awareness of shifts in our moods and our feelings. We consciously process the experiential effects of changes in our environment and in our life. During the eclipse, and the surrounding days, be aware of any changes in your emotions or feelings. Some days your energy may seem to shift down, and other days it may shift up. Some days we may feel more energetically expansive, and other days we may feel like drawing in and quieting. Don’t shy away from the experience, but rather, breath deeply and consciously, and let it move through you. It is a natural part of life. This process of awareness is appropriate at all times, however, the days surrounding the total solar eclipse on August 21, 2017, are a unique opportunity for you to check in on yourself and to honor any feelings that do or do not arise for you at this potentially pivotal point in time. Through these practices, we cultivate the capacity to align ourselves with the universe around us, and to ride the waves of change. In the flow, we feel greater comfort and ease. 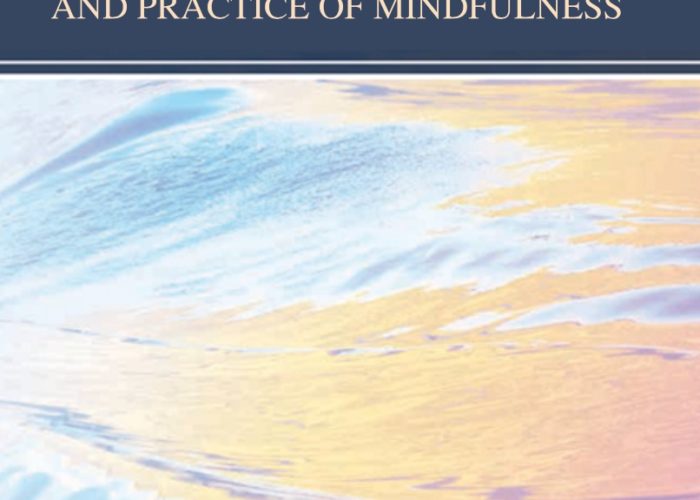 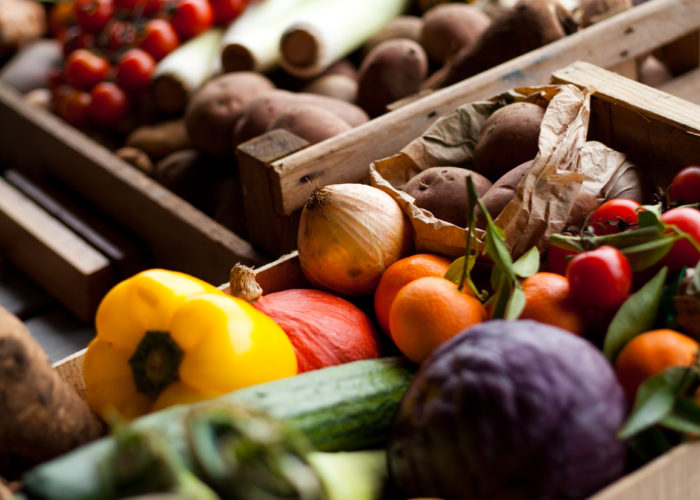 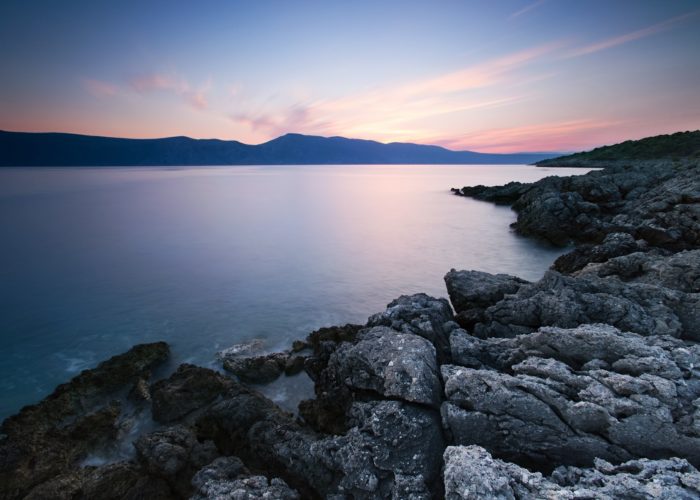 Previous: The Science of Mindful Awareness Series: Six Tips for Using Mindfulness to Ease Pain
Next: Mindful Eating – an Interview